The Cinematography of the Shower scene in Psycho

I am going to write down some points and my understanding of the cinematography in the Shower scene sequence. From the very beginning of the sequence we can see Marion counting the amount of money she has already spent. There are several techniques used. Firstly we can see Marion in a medium close up frame which is changing to a close up frame of her notebook and then the shot is changing back to a medium close up frame of the Marion. This technique is called shot reverse shot and it gives us better understanding what is actually happening on the screen. There is also one important technique which is used during the close up frame of the notebook. It is a point of view shot, which means that we as an audience can see what the particular character is seeing. That gives us again the better understanding of what is happening on the screen and the better understanding of the character. It is because of this point of view shot that the audience knows the Marion is struggling with her financial situation. The beginning of the whole sequence works as some kind of window to the inner world of the Marion character and because of that we have no suspicion of incoming murder.

After Marion ends her counting she tears the paper from the notebook and flushes it down the toilet. We can see it thanks to a close up frame of the toilet. After that Marion is closing the door of the bathroom and then she undresses and prepares to take a shower. I believe it was very important that she closed the door. Right now it is just her in the bathroom and us as the audience. There is no nudity on the screen but there is a naked woman who acts like there is no camera. It is just her personal behaviour in her personal life. This is the part of the sequence where voyeurism reaches its top. The audience become a witness of some kind of intimate behaviour. It causes a stronger relationship between the Marion character and the audience. There is still no suspicion of the incoming murder because the door is closed and Marion is all alone in the bathroom. We as an audience feel comfortable and relaxed. Now Marion steps into the tub and turns on the water in the shower. The camera switches from Marion to the head of the shower and back to the Marion.

It is again a technique called shot reverse shot. According to mine believes the head of a shower is a symbol for another eye which means it is a hidden message for the audience that represent the ogler. The Marion is being watched for the whole time by the murderer. At another shot the camera is placed where the wall of the bathroom originally was. „ Each of the walls was detachable to allow Hitchcock to place his cameras without restriction. In addition, the breakaway construction permitted the director to shoot the shower and tub unit either separately or attached to the larger ,full set of the bathroom on Stage 18-A.“(Stephen Rebello–Alfred Hitchcock and the making of Psycho,1990.) This gave filmmakers an opportunity to place their cameras almost everywhere they wanted. It is the reason why there are a lot of different camera angles. This is actually a frame where we can see the murderer for the first time. Firstly we do not see him as a person but just a silhouette of the murderer. Even later the audience cannot see the face and the true identity of the murderer which is building even bigger tension. The audience know what is happening on the screen but the camera switches so quickly and at different angles which create some kind of chaos. In connection with the fact that the audience cannot see the face of the murderer, a certain mystery also appears. The shots of different cameras are switching so quickly because it is creating a tension in this chaos. Every single time when the knife enters the body of the Marion there is a cut and another shot from a different angle. The camera is also switching from the murderer to a Marion and back every single time when the knife enters Marion´s body. We cannot directly see the knife entering the Marion´s body but it is so realistic that it is not in need for us to see it.

The murderer has done his job and we can see him leaving the bathroom. Marion is slowly falling down on the ground. She lies on the ground and the camera switch to the head of the shower and then to Marion´s feet and the water which is flushing down the drain. It is a shot reverse shot again. It is a symbol of us being the witnesses of the life leaving the Marion´s body. The camera “goes zoom in on the drain and zoom out from” the Marion´s eye. Then there is a long shot which ends with a frame of the Norman´s house and we can hear him shouting “Mother”. Thanks for that we finally know who the murderer is. Actually the audience just thinks that they know because in the end of the movie we realize that Norman´s mother is dead. 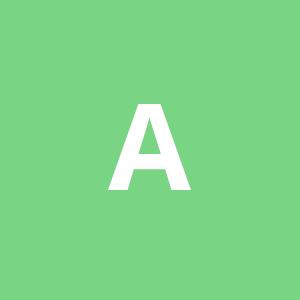